skip to main | skip to sidebar

the winds of change are slow blowing

You may notice a few little changes here at G3.
Did you know that I sometimes refer to the blog as G3?
Go Go Galindo. Get it? You know. Because there are 3Gs.
Right. Anyway. You'll notice some of the junk and busyness is missing from the sidebar on the right. And I've also added some tabs at the top. Well, only one so far, but more are coming so just keep a watchful eye. Or use both eyes if you prefer. It's totally up to you.
***
Some things I'm thinking about today:
I started making a list. "Reasons Justin is Awesome". So far it has 171 reasons. We read through the first bunch a couple of nights ago and it was really funny. Then we saw a cockroach and I made Justin kill it. So I needed to add that to the list. But I didn't have a pen.
"Reasons Justin is Awesome"
158. Justin is  a great roach killer.
159. Justin always has a pen.
***
Today marks the 52nd day of my new lifestyle.
Lifestyle of Health.
I started paying attention to what I was eating.
And exercising.  (Gasp!)
And I actually like exercising! (Double Gasp!)
As of this past Monday I've lost 21 pounds.
And over 7.5 inches in the last three weeks alone.
I say that last part because that's when I started measuring.
***
I've been teaching on the Fruit of the Spirit this summer at our church.
Each week I think it's going to get easier.
And each week I am not surprised by just how much the Bible has to say about different things.
Like, for example, did you know that patience is rooted in forgiveness?
What?!
***
I read a fantasy novel. My first one.  A big one. In a series.
(Because Justin asked me to.)
Then I read the second one. And now I've started the third.
But I think I'm going to stop in favor of a book that actually adds something to my life.
***
Asher will be out of school for the whole month of August.
I'm trying to think of some fun things we can do.
And maybe some trips we can take.
Any ideas?
***
If someone handed you a baby tonight and you had the task of naming it...
what name would you choose and why?
Posted by nell ann at 8:07 AM

Gryphon- because I love it and it was almost Tristan's name until we spent a couple days really looking at him and knew he was a Tristan : )

Other than Asher? Asher would be my first choice. I would also have to skip Lauren Leigh, Abby Danielle, Brady James, Nikoli (also known as Kole) Shane. I might choose Elijah William or Jonah Samuel or Dominic I-don't-know-what for a middle name. With girls names, I'm kind of stuck. I had wanted to use Maia or Julia, but those got nixed. 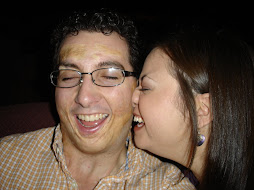